Health ministry says the vehicle veered off course after driver failed to make a sharp turn and fell in ravine.

Tunisia's health ministry has said a bus carrying local tourists crashed off a hill, killing 24 people and injuring 18 others.

The bus, which belonged to a private company, veered off track after its driver failed to manoeuvre a sharp turn in the country's northern Ain Snoussi region and crashed at the bottom of a ravine, the interior ministry said on Sunday.

Local media showed images of the crash site where the bus stood at the bottom of the hill, its windows smashed.

Khaled Lahyoune, a spokesman for the interior ministry, told The Associated Press news agency that the vehicle was heading from the capital, Tunis, to Ain Draham, a popular autumn destination.

Lahyoune said the injured were transferred to Amdoum and Beja hospitals for treatment.

Ain Draham is located at an altitude of 800 metres (2,625 feet) on the slopes of the Djebel Bir, one of the Kroumirie mountains, on the border with Algeria.

Following the accident, the Tunisian Soccer Federation said it would observe a one-minute silence before all scheduled games on Sunday. 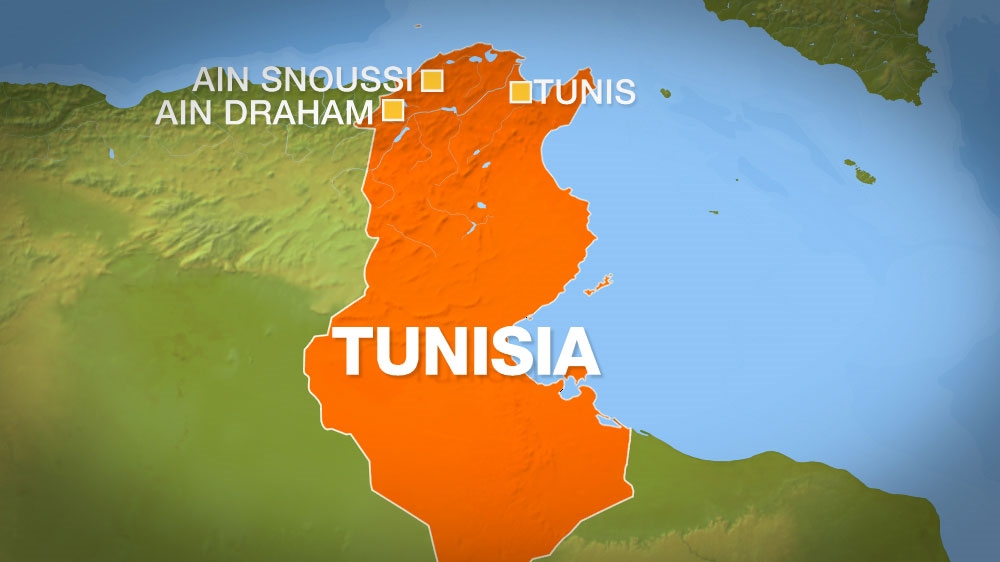